The 2022 Federal Australian Election was held on the 21st of May, 2022. The Australian Labor Party was elected into majority government under leader Anthony Albanese, defeating the incumbent Coalition government, led by Prime Minister Scott Morrison. The Labor Party last held government in 2013 and has not held a majority in the Lower House since 2010.

The Albanese Government’s election commitment’s can be accessed here.

The complete list of cabinet members in the first Albanese Ministry can be accessed here.

The House of Representatives

There are 151 seats in the lower house (House of Representatives) and a party requires 76 seats to govern in their own right.

The Labor Party has won 77 seats and 32.6% of the primary vote, representing an 0.8% primary vote swing against the party across the nation.

The Green’s primary vote increased nationally by 0.7% and for the first time in the Australian Parliament, they have won 4 seats in the lower house. 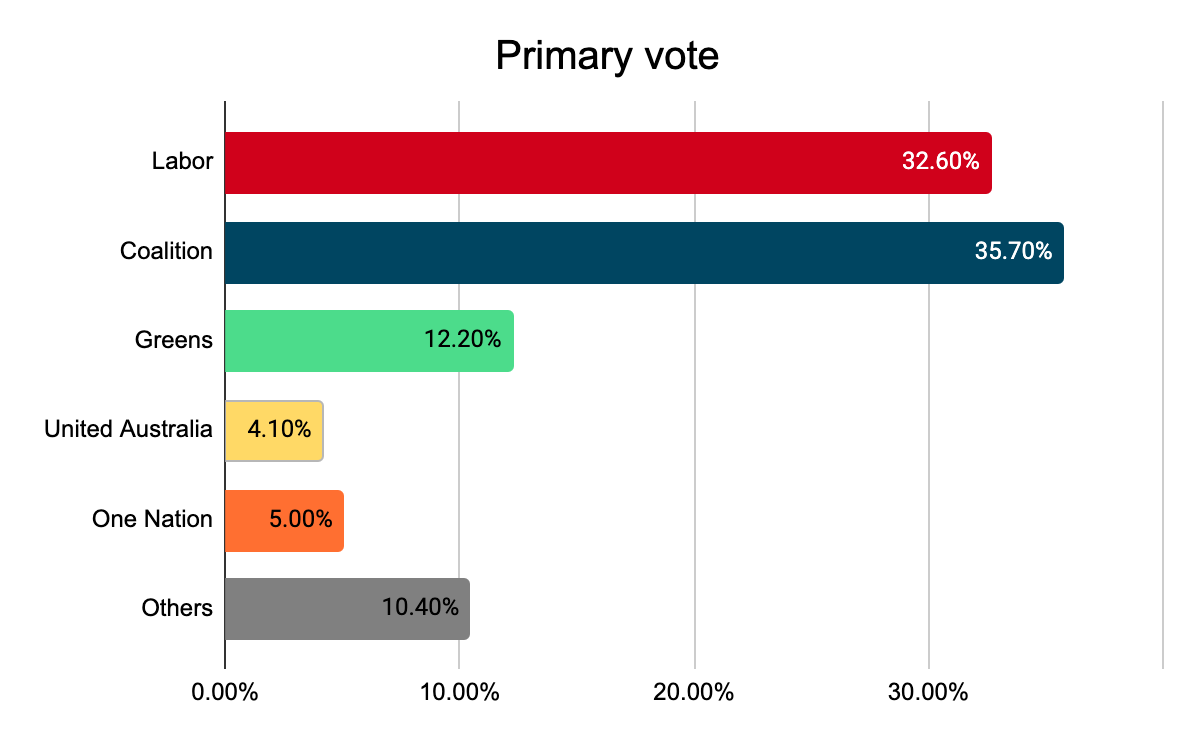 10 independents have been elected onto the crossbench. Andrew Wilkie, Zali Steggall and Dr Helen Haines were re-elected and will be joined by 7 newly elected female MP’s.

With the exception of the seat of Fowler, the “TEAL” candidates have ousted sitting Liberal Members and have listed action on climate change and a national integrity commission as their top priorities.

The following table depicts the House of Representatives seats that have been confirmed as changing parties.

The Senators elected in the 2022 Election are:

Each of the six states have elected at least 2 Labor, 2 Coalition and 1 Greens Senator.

A 10.5% swing towards Labor in Western Australia saw the party gain a third senate spot.

Despite a swing against the Coalition in both South Australia and New South Wales, the party retained three senate seats.

Tasmania elected a second Jackie Lambie Network senator and in Queensland, Pauline Hanson was re-elected into the senate. The United Australia Party’s Candidate Ralph Babet has won the final spot in Victoria.

In the Northern Territory, both the Australian Labor Party and the Country Liberal Party have won a senate seat each. In the ACT, Labor’s Katy Gallagher has retained her senate spot. For the first time in ACT’s history, an independent senate candidate (David Pocock) has been elected, defeating the Liberal senate candidate (Zed Seselija).

The complete composition of the Senate, including Senators’ elected in 2019: Neither major party holds a majority in the Senate. Labor will require the support of either the Coalition or the support of Greens and another member of the Cross Bench to pass legislation in the Upper house.

The first sitting week of the Parliament will be the 26th of July.

The complete Parliamentary sitting calendar can be accessed here

The Government has committed to delivering a federal Budget in October.

A standalone copy of the graphs and tables used in this paper can be accessed here: